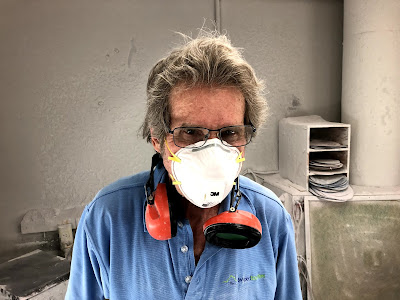 Peter “Mo” Moschogianis is one of the unsung heroes of the surfboard industry “Your Glasser” These are the guys who build a board, make it look good , feel good and last a lifetime.Peter has a vast knowledge in laminating and building surfcraft of all kinds with a very interesting background working with a number of well known shapers through the years. This started with Tom Morey at Morey Pope Surfboards, Ventura, California in 1965. While working at Morey Pope he met and began to work with Bob Cooper, George Greenough, John Peck, Richard Deese, Michael Cundith and Richie West. It was at this time that he first met Bob McTavish, Nat Young, Darryl “Rooster” Dell and Russel Hughes. Mo then moved on to Wilderness Surfboards in Santa Barbara with the original crew of Greenough, Cundith , West. 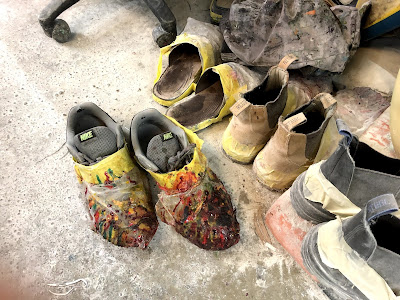 Thousands of hours standing and many miles walked in a small shop. Up and down laminating and sanding. 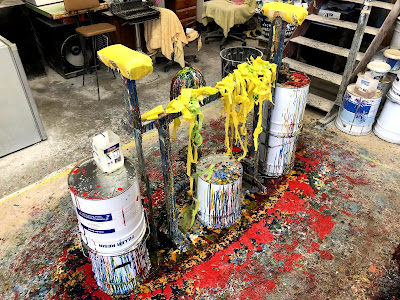 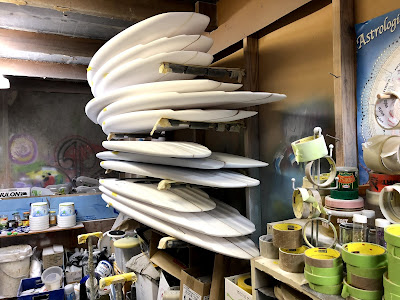 This is prior to them all migrating to Australia in the early 1970s. Platt Surfboards in Noosa Heads was Mo's first stop followed by time working at Cooper Surfboards in Coffs Harbour and Sky Surfboards in Bryon Bay. He then moved to the Gold Coast in 1977 to work at the Burleigh Surf Co with Dick Van Straalen, Richard Harvey, and a passing parade of up and coming and established shapers. The following years included time glassing for Burford’s, Surf More, and Kirra Surf. At Kirra Surf in 1988 he set up a busy and succesfull surfcraft repair business. In 1992 Mo and Neil Decker opened Modek Surf Designs at Currumbin. Mo can still be found glassing away at Modek.

His 54 years in the industry has obviously meant that he has seen it all and worked in all sorts of situations and with all sorts of materials and layups. All the progresses in resins, carbon fibre, kevlar, Inegra and working with PU, polystyrene and wood. A vast knowledge to say the least.  Peter is one on the unsung masters of the surf industry working long days by himself to create beautiful boards by hand. 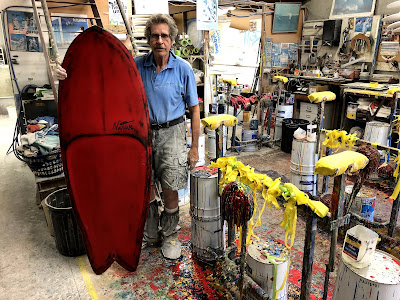 He builds boards of all shapes, kinds and sizes from many and varied materials. 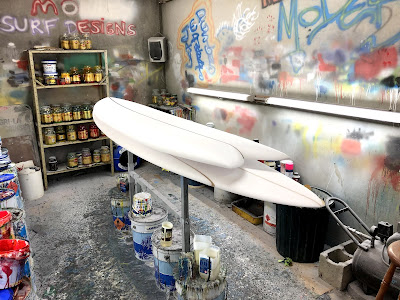 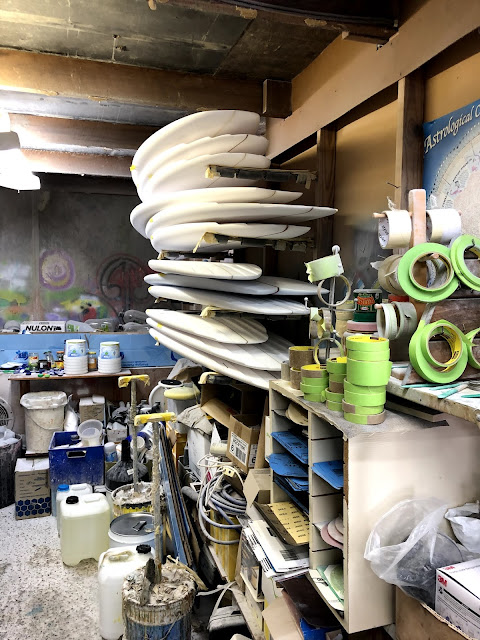 Good to see a healthy lineup of boards. 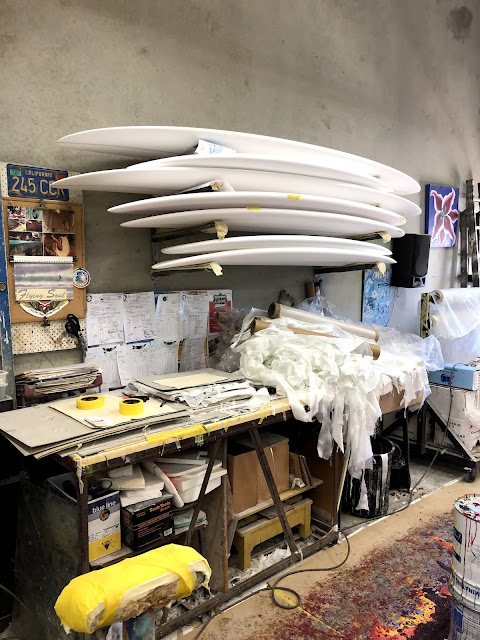 This isn't a job for everyone and there are not that many willing to take up the craft. To understand the chemistry that is working with resin in all sorts of temperatures and levels of humidity is only one of the skills. Long hours on your own with headphones on, breathing through a mask in the dust and fumes. Standing all day in a world of your own. This is the guy who can turn a sow's ear into a pretty good looking purse. 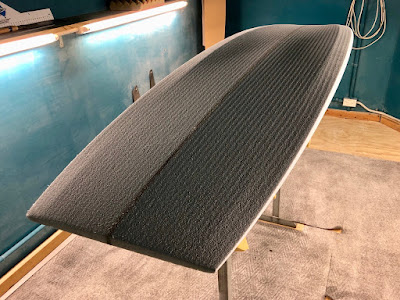 US Blanks 88 EPS with 1/4" Paulownia stringer by Burfords. Blanks cut by Fitzy / Elite Cutting Tweed.
Single to double concave with V out the tail. All that water and lift contained by the rail chine that helps thin out the rail and narrow the planning surface at speed. 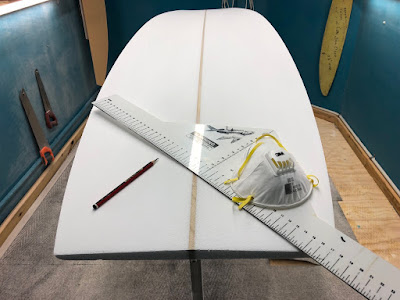 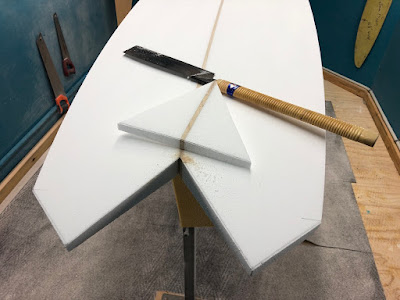 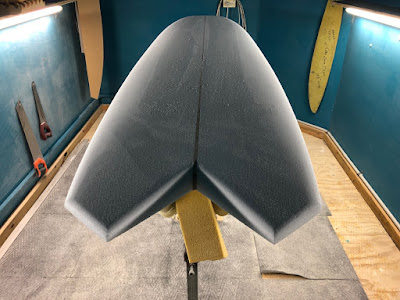 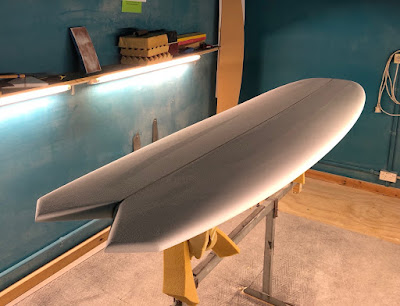 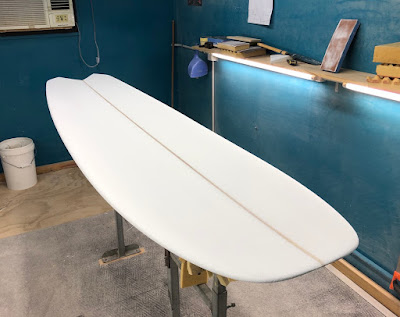 Nice long rail to paddle you in like a longboard. Flat rocker with lots of lift from the large single concave under the nose. 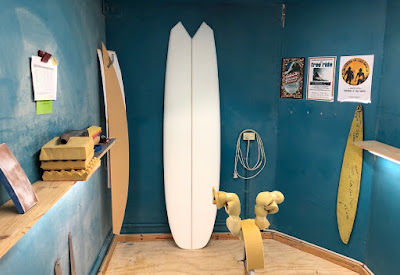 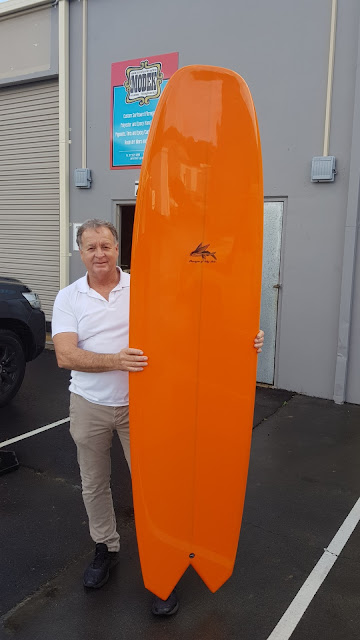 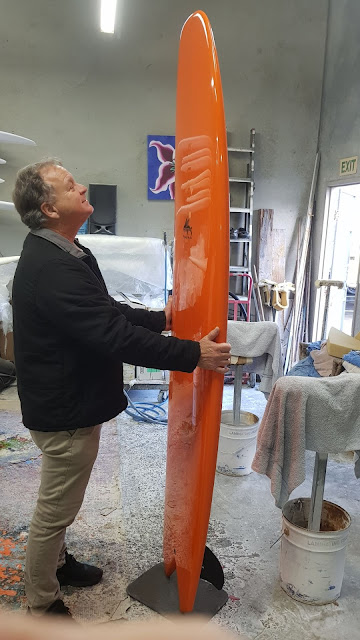 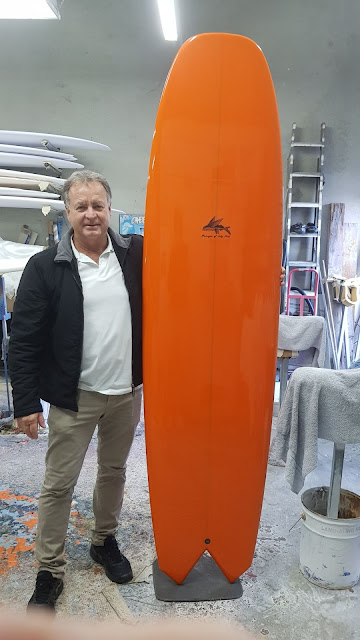 Email ThisBlogThis!Share to TwitterShare to FacebookShare to Pinterest
Newer Posts Older Posts Home
Subscribe to: Posts (Atom)
I love my surfing and to be able to spend my time at the beach, out among the waves is one of lifes true pleasures. To now be building boards of my own to ride is such a great experience for me. I love to feel what the wave is doing , what the board is doing and being able to design boards that bring the whole experience together.
If you like what you see and want to know more or have me build you a board , feel free to contact me :